The global death toll from COVID-19 surpassed five million people this weekend, according to a Reuters tally on Saturday, as the world continues to fight the highly contagious Delta variant.

More than half of all deaths reported over an average of seven days have been in the United States, Russia, Brazil, Mexico and India, Reuters reported.

Overall, the pandemic has shown a slowdown around the world in recent weeks, after the Delta variant led to a surge in infections in many countries, according to an AFP tally on Friday.

By registering, you accept the conditions

The situation improved in most parts of the world this week, with a 31% drop in Latin America and the Caribbean, a 21% drop in the Middle East, while the number of cases in Asia fell by 15%. There were a tenth less in the United States and Canada.

The situation was also stable in Africa where infections were down 1%, and in Europe (up three), but there was an 11% increase in Oceania, where the number of cases nevertheless remained low.

Per capita, the country with the most new cases this week is Serbia with 681 cases per 100,000 inhabitants, ahead of Mongolia with 511 and Lithuania 450.

The United States also recorded the highest number of deaths with 1,924 per day, followed by Russia with 830 – setting a record for the fourth consecutive day on Friday at 887 – and Brazil with 541.

On Friday, the United States came close to 700,000 total deaths since the start of the pandemic.

In this September 17, 2021 file photo, Zoe Nassimoff looks at the white flags that are part of artist Suzanne Brennan Firstenberg’s temporary art installation, “In America: Remember,” in remembrance of Americans who died of COVID-19 , the National Mall in Washington. Nassimoff’s grandparents who lived in Florida died from COVID-19. (AP Photo / Brynn Anderson, file)

Death and reluctance to vaccinate

Health experts said the fourth wave of the pandemic peaked across the United States, particularly in the Deep South, where hospitals were overcrowded weeks ago. But many northern states are still grappling with an increase in cases, and what lies ahead for the winter is much less clear.

The unknowns include how the flu season can strain already exhausted hospital staff and whether those who have refused to be vaccinated will change their minds. 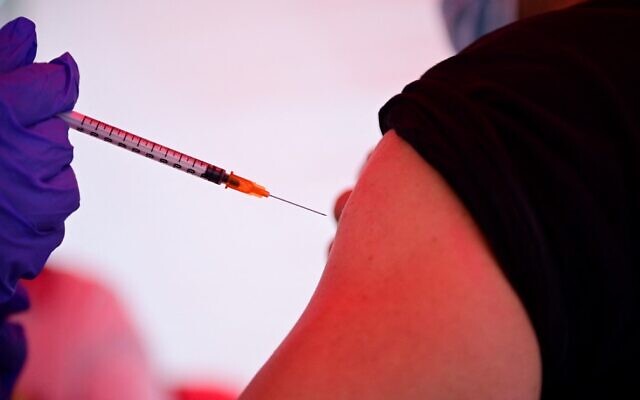 In this file photo from June 29, 2021, a man receives a dose of Pfizer-BioNTech vaccine against COVID-19 at an outdoor vaccination center set up by the French Red Cross on Place de la République in Paris. (Martin Bureau / AFP)

“If you are not vaccinated or if you are not protected against natural infections, this virus will find you,” warned Mike Osterholm, director of the Center for Infectious Disease Research and Policy at the University of Minnesota.

The easing of the summer wave was attributed to more masks being worn and more people vaccinated. The decrease in the number of cases could also be due to the fact that the virus burned susceptible people and ran out of fuel in some places.

All treatments now authorized in the United States for the coronavirus require an IV or an injection.

Dr Anthony Fauci, the government’s top infectious disease specialist, warned on Friday that some might see the encouraging trends as a reason not to get the vaccine.

“It’s good news that we’re starting to see the curves lower,” he said. “This is no excuse to move away from the problem of needing to be vaccinated.”

Are you serious. We appreciate this!

We are really glad you read X Times of Israel Articles in the past month.

That’s why we come to work every day – to provide discerning readers like you with must-see coverage of Israel and the Jewish world.

So now we have a request. Unlike other media, we have not set up a paywall. But since the journalism we do is expensive, we invite readers for whom The Times of Israel has become important to help support our work by joining The Times of Israel community.

For as little as $ 6 per month, you can help support our quality journalism while benefiting from The Times of Israel WITHOUT ADVERTISING, as well as access to exclusive content reserved for members of the Times of Israel community.